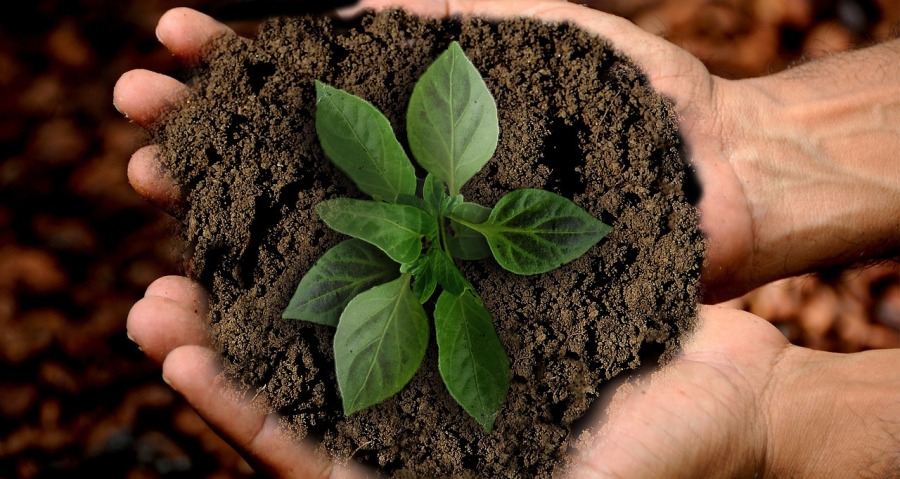 “The place where you always take from and never put back will soon be empty.”

This love exists. It must be sought after. And if it does not exist, so that you, as a human being, would get it from someone else, you must first offer it. In a situation where some have a special calling for religion, some of these “holes” disappear. However, even monks have to struggle to distance themselves, even from their parents, and only devote themselves to filling a single “hole” containing God’s love.

Not offering love because we don’t get love is only a selfish hurtful excuse. It means saying, “I only love you if you love me back.” A fundamental condition for love to be alive is to keep being offered and received.

Love from someone can be wonderful and, especially, stable, even if it is not as expected. And for it to continue to exist, it needs to be offered in the form in which it is desired to be offered. To say “no” to your partner’s perception of love just because it is different from yours is like forcing a right-hand child to write with his left hand. In the end, between two people who have (self)respect, one will change either their perception or partner.

Happiness leads to success and not the other way around.

Some people fill their place meant for love with many things, as different and inappropriate as they can be: cars, houses, the feeling of importance, professional positions, relationships with certain people, sex, and others with material support that can disappear. They feel that happiness is a transient state and conditioned by the extent to which what they want is fulfilled, and success means happiness.

Others try to “plug” one of the holes with a lid and say they do not really need that love. It’s a form of lying to yourself so that later you will have something to look for. An excellent metaphor on how to act when it comes to God is “The Drop and the Ocean” [the Romanian Orthodox version can be read here]

Others prefer to “plug” the lack of love in a particular hole with love from another hole. A typical example: a wife does not find the love she is looking for in her husband, so she gives birth to a child to whom she directs the love that her husband does not want to receive. Or a teenager does not receive the love he wants from his parents and looks for it in their romantic partner. Or some refuse to become aware of the meaning of life or try to fill the hole in their soul meant for divine love with all sorts of other motivations.

And, finally, there are the few who really choose to fill their void with that kind of love that fits them. And these people know that happiness first brings success and don’t try to put the cart before the oxen. The research quoted here proves an interesting point. The report of a meta-analysis of 225 studies involving 275,000 people, published in 2005, shows that happiness leads to success rather than success leading to happiness.

Psychologists from three US universities and Gallup Corporation have concluded further to this study: “The happiness states seem to lead people to look for their peers and engage in different activities, be more daring, more open and more receptive to other individuals.” The study’s hypothesis, i.e., that success leads to happiness, has been invalidated, and researchers have concluded that this premise is obsolete and unrealistic.

The problem is that each of these “holes” represents necessities that are required to be satisfied for each of us. Each of these holes must be filled with the love of that type and only with it. Whatever else one would use to fill or plug it, it would be WASTE for the soul.

Does this word seem too harsh for you? Let’s check the Universal Dictionary of the Romanian Language: “[the waste is a] rest, remainder, an unused part left behind from a used material “. For one’s consciousness, these wastes with which some voluntarily choose to fill their souls are just time bombs.

The crisis in our lives: what we have and what we are left with

When someone tries to fill these holes with something else, then it is appropriate, at some point in their lives, they end up in a crisis. Depending on the level of (self)-education and guidance, people apply a specific behavior that briefly falls into one of two categories: it will either fill the hole with what it needs or find other types of waste.

Imagine a building: what if in the foundation pit, one does not pour the foundation but only waste? And then, instead of filling the walls with concrete, one fills them also with waste? And instead of filling the supporting pillars with that one should, one fills them with waste? Then, of course, the trash can be more or less sold, but in case of a strong earthquake, each of them will collapse. And before the hardships of life, the system of beliefs, values, and how everyone respects their love needs will directly influence how they face “earthquakes.” And in this respect, self-respect will certainly be affected.

The temptation to solve the effects without treating the causes is due to a lack of responsibility. Where there is no responsibility, the consequences of one’s own actions seem to disappear. In fact, responsibility is also a choice: thinking of cause and effect. The ability to understand the causes and the roots of a visible problem is very valuable in a civilization that is chasing surrogates labeled as “love”. Understanding the causes helps you understand which void must be filled. And now, I will connect two of the greatest motivations mankind has: when you don’t know what kind of love you are looking for, a huge hole that will be visibly created in your life will be that of debt. Love may be infinite and eternal. The surrogates of love don’t have these capacities; instead, they are costly. The desire to feed something infinite with something finite (money and time spent to make it) is irrational.

Some people have managed to win huge amounts of money (as a lottery or inheritance) but have scattered that money because they didn’t know how to keep it. Rich people are not the ones who have a lot of money; they are the ones who manage to keep a lot of money. If you earn 1 million dollars a year and spend 1 million dollars a year without saving anything, I have bad news for you: you’re a poor person. The lack of financial intelligence is not excused but paid for! As I also write about in this article on how to make money easily, manage to save, and become financially independent, you need to increase your revenues and reduce your expenses at the same time, not the other way around. It is a certain mentality that precedes financial independence. First, you have to think economically before saving. Money is not a cause but an effect.

Contemporary Western civilization is highly educated/manipulated through commercial channels to gain as much as possible. People spend years of their lives working for some money that would bring them possessions that they cannot manage to enjoy. Possessions are used to fill the holes in their lives. And with each of these, they fill their love voids with waste. At some point, they feel they are missing something, but they don’t know exactly what. They lack the meaning for each of their life categories. And when this happens, their emotional and moral resources are exhausted.

For those who have not studied the field of financial intelligence, it is common sense that an asset brings money into your pocket, not something that takes money out of your pocket. A house you own, if you live in it, is a liability because it generates expenses. A place you own and rent to others is an asset because it brings you money. I don’t refer here strictly to accounting assets and liabilities. Romanians have certain psychology, as a people, which is waste-oriented, prone to unjustified expenses (as it is explained in this article), and any form of financial intelligence seems to be “theoretically beautiful but hard to put into practice”.

For people to have the comfort that would make them feel safe, they need to maintain control. A feeling that if they do what they do now, they will get the same results in the future or that in response to a cause, there is a predictable effect. Predictability is a source of safety. Its perfect place is in street traffic. Lack of control (effect) is only felt when predictability is no longer working (alarm signal) and the ability to generate solutions disappears (conclusion). People are generally pleased with what they know, thinking it is much. They could become agitated if they knew how much they didn’t know.

As long as there was demographically, financially, regulatorily, and psychologically sustained economic growth, the real estate prices increased until 2007-2008. Someone for whom this reality was predictable could take the risk of contracting a 30-year loan, with variable interest, in a foreign currency to buy a real estate asset. Control was based on the assumption that (s)he could work and would be paid at least the same for the following 30 years. In fact, control was nothing but an illusion since after that moment, the value of the real estate asset decreased, and the value of the loan increased from two cumulative sources: variable interest and devaluation of the currency. The lack of understanding of the market mechanism has worked against the one who used to juggle the terms risk and control.

It is interesting how many of the financial intelligence principles apply to relationships. One of them is this:

To have, you need to hold!

The materials published on this blog are covered and subject to this disclaimer.